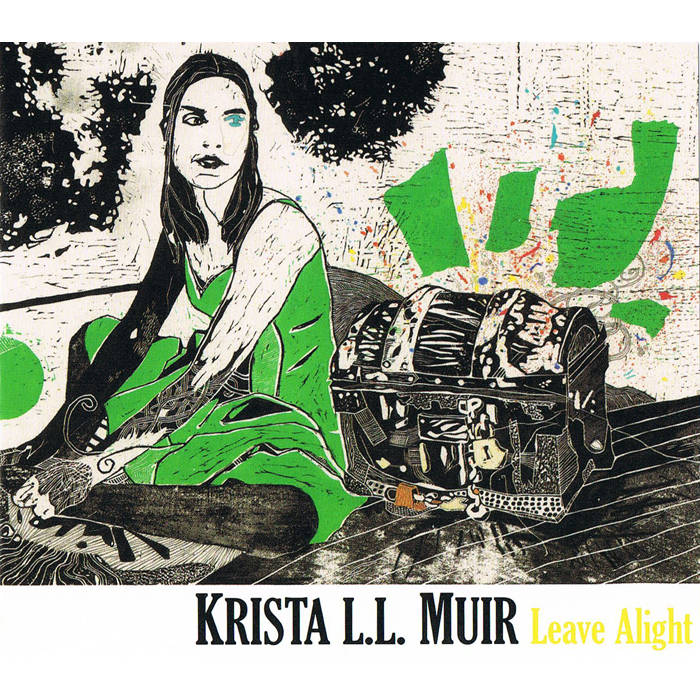 Dark and strange times are a wealth of inspiration and creativity. Leave Alight is a playfully winsome family of pretty songs underpinned by melancholy. "Leave Alight" is the fruit of many hours of creativity, laughter and frustration, most of which were fueled by home made ginger cookies. Eternal thanks to my friends and family who helped see this breech labor through. You know who you are and I love you dearly. We did it! Yes! Now for the next album...

Produced by The Fembots, Krista Muir and Shane Watt. Recorded at The Junkshop in Toronto, and My Bedroom/Haunted Hallway/Marsonic in Montreal. Mastered by Richard G. Benoit @ Circus Tricks.

hypo records was founded by Krista Muir. She lives in a world of surrealism, cuckoo clocks and antique lampshades. Her multilingual pop albums and genre-bending has taken her and alter ego Lederhosen Lucil around the world and led to collaborations with DJ Kid Koala and filmmaker Kara Blake. "New Math"is her first LIVE off the floor EP. Coming soon: Les Chouettes - chansons yéyé Psychedelique! ... more

Bandcamp Daily  your guide to the world of Bandcamp